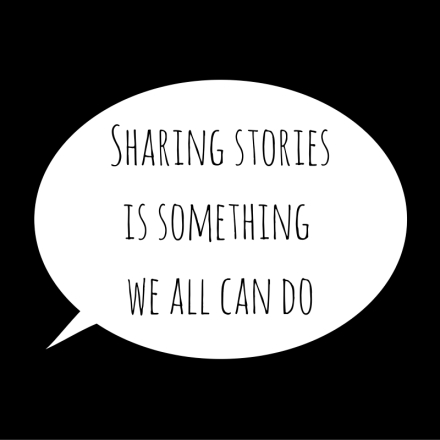 Two more names added to a list that is far too long. It’s length isn’t what troubles me the most. What troubles me the most is the fact that such a list exists. That is what breaks my heart and makes me want to scream and has had me crying in bursts for the past two days. There is a list of the number of people killed in this country by police officers.  A big list. A list that has the names of more black people than white people. Far more.

And each time a new name is added to this list, a new hashtag is started. Each time we again shake our heads and say we feel helpless and say that we don’t know what we are supposed to do to fix any of this.  Each time we have to listen to people tell us that racism ISN’T the issue here, that racism is not the reason this is happening, that racism is not what caused the death of these beautiful humans. We have to watch people we respect and admire say that if only these people would have done what they are supposed to do, then they would not be dead.

And then we ask, “What on earth are people supposed to do?” It’s been said so many times. It does not matter what people do. People are being shot and killed because of the fear that white people have of black people. White people who have guns and who have been shown time and time again that they have permission to kill black people and not get in trouble for it.  How is that not about racism?

Or. We, the educators of children, we can simply start to do a better job. Because as the country began to expose the obvious racism that exists here today, too many of our classrooms stayed silent on any issue of race. As protestors and activists bravely fought  in the streets of our country, too many of us stayed silent on any issue of race. Because as writers of color began to expose the many, complicated issues of race that infect our country and the people living in it, too many of the stories we shared with children left all of that out.

So today, I will stop saying that I do not know what to do and instead I will start to say what I do know how to do and that is to share the stories of others.  One simple thing that I can do is to read and listen to and seek out the stories of others who have experienced racism in this country and then share those with my students. Because if we do that, then our students will not grow up believing that race doesn’t matter or that there is not racism left here in America. Our students will not be the ones saying that none of this has to do with race. Because they will know. They will know because they will have learned from the stories of others.

Those stories are a gift.

And sharing stories is something we all can do.

Here are some stories that I will begin with:

Your Stories of Racism from The Atlantic

Being 12: Kids Talk About Race

How to Raise a Black Son in America: TED Talk from Clint Smith

If you know of other stories, written or spoken, please share them with me in the comments below. The more stories we can share with our students, the more hope we can have that they are going to be the ones to do something to make the world a better place.

6 thoughts on “Sharing Stories Is Something We Can Do”